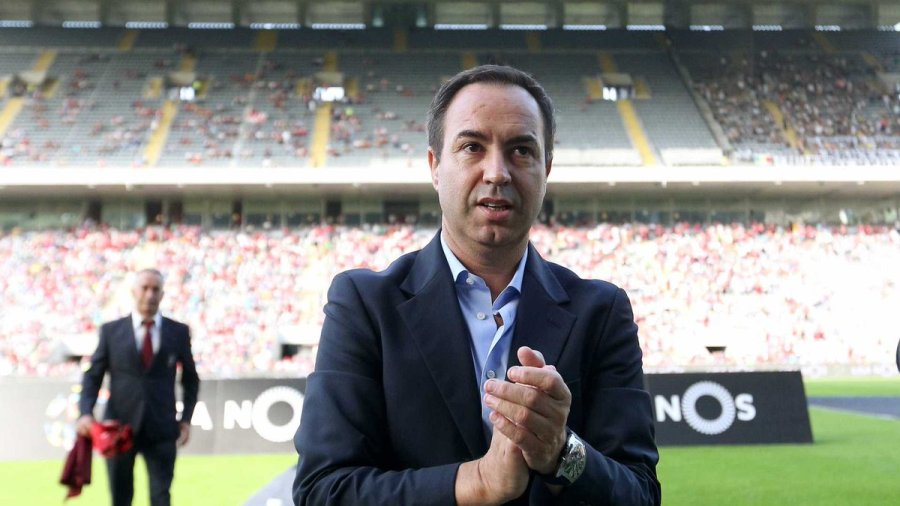 Gers’ last 32 opponents lifted the Portuguese League Cup at the weekend after a 1-0 win over Porto.

The Light Blues face Braga in the last 32 next month, with their opponents in superb form after new manager Ruben Amorim started with five wins in a row.

He then guided the Archbishops to their first trophy since 2016 after the victory over Gers’ group stage opponents on Saturday.

Braga’s young striker Francisco Trincao has been touted with a multi-million move to Italy and plenty of the squad have attracted interest too.

But they will all be available for their clashes with Rangers, according to their ambitious president as Braga were honoured in a civic reception by their city.

Salvador said: “I want to tell the fans now – in this transfer window, no one leaves here. That’s a promise I can guarantee our supporters.

“Many clubs want Trincao because he is an incredible talent – he will eventually become one of the best players in the world.

“But at the moment, he is happy here because he is learning the game every day.

“I believe Braga can one day challenge for the title, but it is getting harder and harder.

“Of course, we can’t keep every player in the summer – some have clauses then. But they will all be here for the rest of the season.”