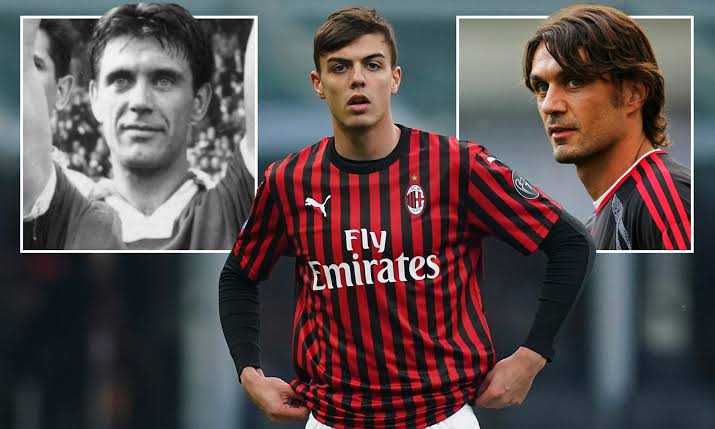 Unlike his family predecessors, who were both defenders, 18-year-old Daniel is an attacking midfielder

Cesare won four Italian titles during his time as a player, then had two spells as Milan manager.

Paolo, whose 647 games is a Serie A record, won the league seven times as well as five Champions League titles.

Another of Paolo’s sons, Christian, played for Milan at youth level and is now plying his trade in the Italian lower leagues.

Davide Faraoni’s opener for Verona was cancelled out by Hakan Calhanoglu at the San Siro.

Although the away side had Sofyan Amrabat sent off in the 68th minute, Milan could not force a winner, and sit eighth in Serie A, seven points behind the top four.